We would really appreciate it and it's the best way to stay in touch!

“An irresistible combo of pop, rock and reggae. Keep your eye on this band.”

Combining reggae-groove with rock hooks and melodies, Bay Area group, Ridgway, have been taking their act along the West Coast over the last four years. What started as three friends playing open mic nights and house parties has grown into a raucous five-piece band that never fails to put on a thrilling show. In 2016, the band put together their first full-length album entitled Brighter Days, and received critical acclaim.

Ridgway would be awarded "2016 Reggae Band of the Year" by the Bohemian newspaper upon return from their northwest tour. Inspired by bands such as Sublime, the Red Hot Chili Peppers, the Expendables, and Passafire the quintet takes pride in their music’s originality, and its ability to span several genres: reggae, rock, hip-hop, tasteful metal, and pop. The group’s true light shines on stage, where they encourage fans to come out with the intent to dance and the willingness to rock out.

Ridgway is looking forward to their biggest year yet! If you are interested in booking them for an event, please email booking@ridgwayband.com. They offer multiple set times and performance types (acoustic, full-live, etc.). We look forward to hearing from you!

We're on the road, hitting up the U.S. West Coast! Come see us near you: 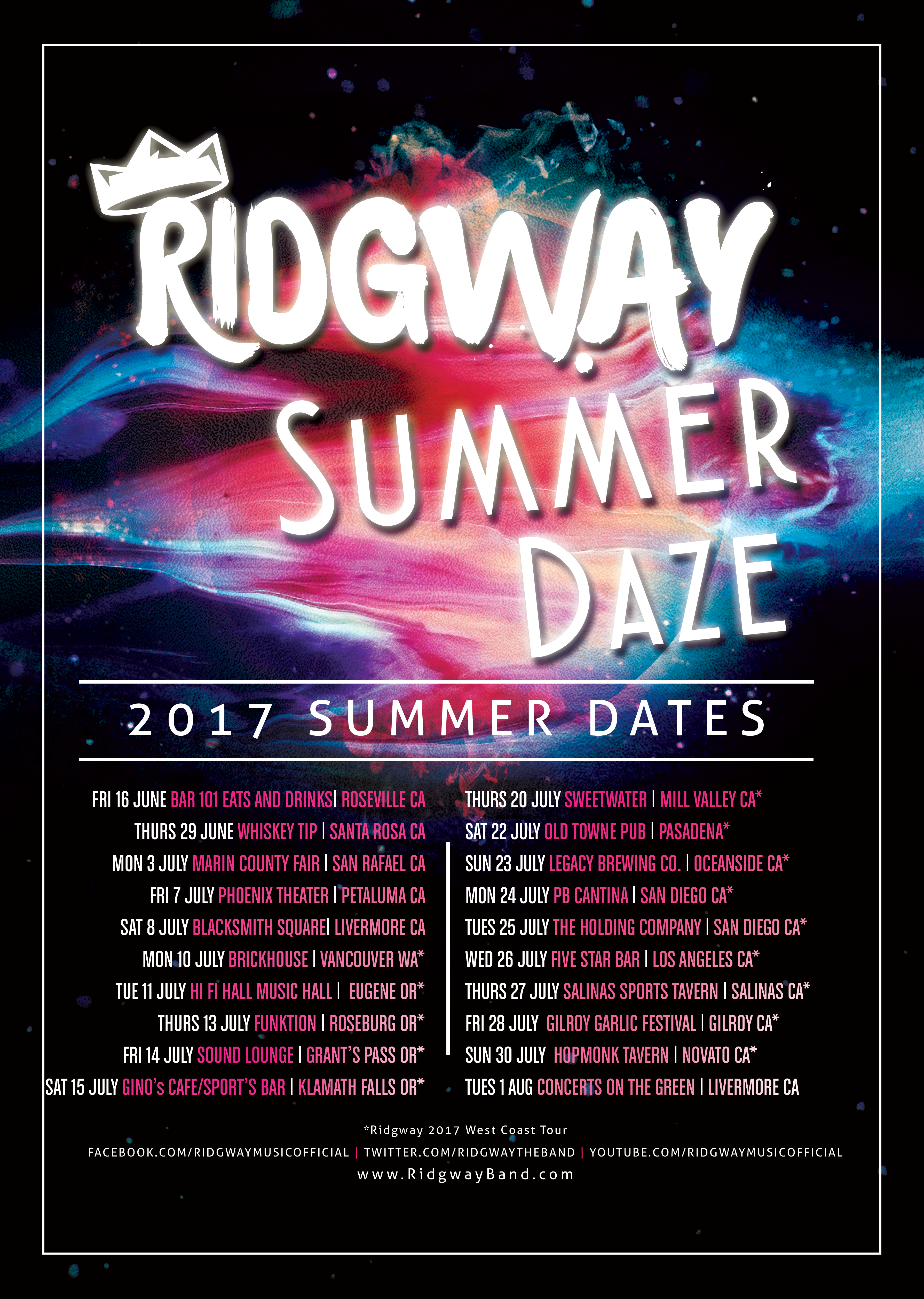 Episodes one and two of the "Brighter Days Tour: Additional Footage" series are up and running on YouTube!

It's here, it's here! We've finally released the new music video for our song Barnacles, made entirely from footage taken on our 2016 North West tour. Enjoy :)

Teaser 3 for our new music video has just been released! Check it out and stay tuned for the full length video of "Barnacles" coming February 25th.

Teaser 2 just released! Check it out.

We're happy to announce the upcoming release of our second, full length music video for the song "Banacles" off Brighter Days. Made entirely of footage from our 2016 North California and Oregon tour, this will be our first official tour video. Check out the teaser's to get a taste of what's to come!
Tweets by RidgwaytheBand